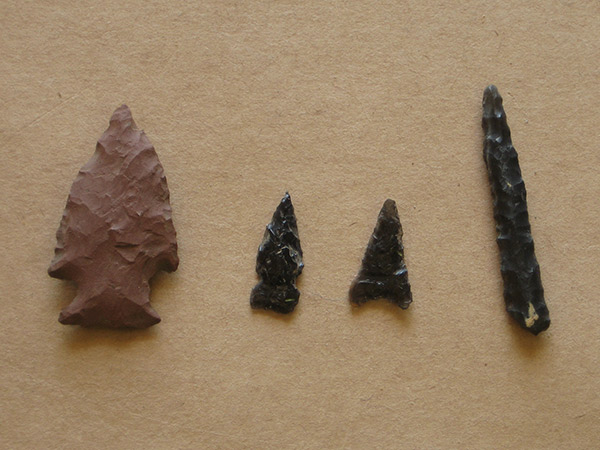 Archaeologists in the southwestern United States generally recognize two main types of stone tools: those made by chipping (like projectile points) and those made by grinding (like manos and metates).

In addition to new information from re-analyzing artifacts,
we often learn more about a site as Museum staff care for
the collections.  For example, while placing some of the
Ormand Village stone artifacts in new containers for storage,
two projectile points, dating to the Late Archaic period,
were found. This is new evidence that strongly supports
the presence of a much older occupation at the site, possibly
dating as early as 1500 BC–200 AD.

Chipped stone tools usually start from a piece of stone. Only certain types of stone can be easily worked into tools, because the stone splits and fractures in the proper way. This means that a tool maker can hit the stone with another stone used as a hammer, and rather than just crumbling, small pieces (called flakes) will split off. Stone types that are often used to make tools include, obsidian, basalt, flint (or chert) and chalcedony.

With experience, and the right kind of stone, a tool maker can judge just how and where the flakes will split off. By carefully hitting the stone many times and taking off layer after layer of flakes, the tool maker can create just the size and shape of tool they were looking for, such as a knife or dart point. This requires a great deal of skill and time. Sometimes, a tool maker just wants to make flakes to use as tools, without additional shaping. Tool makers rarely strike off so many flakes that nothing is left of the original stone. Instead, a rough chunk of the original stone (called the core) is left, which may also be used as a tool for chopping and hammering. 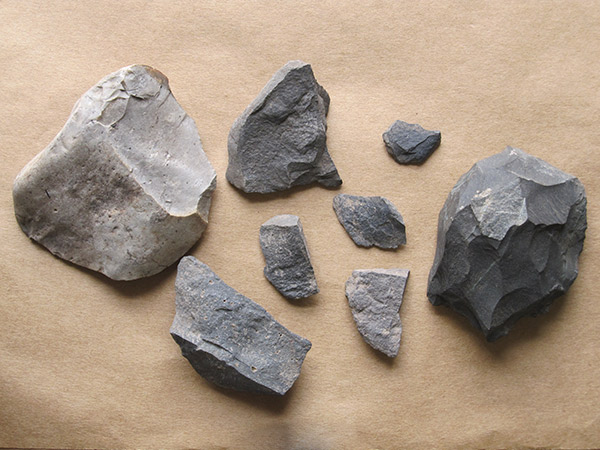 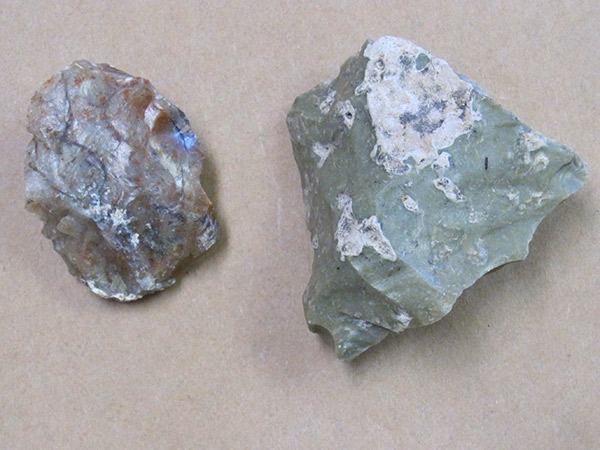 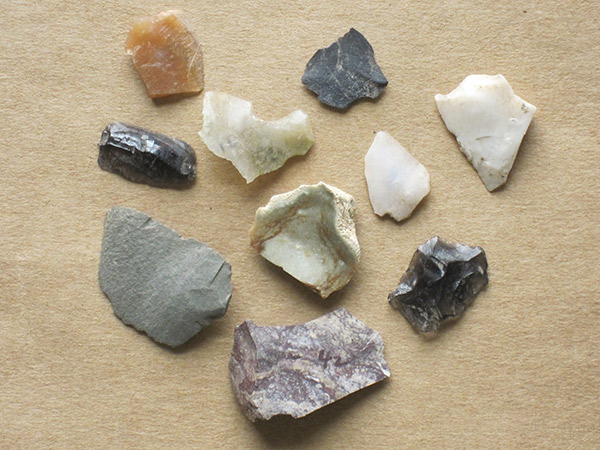 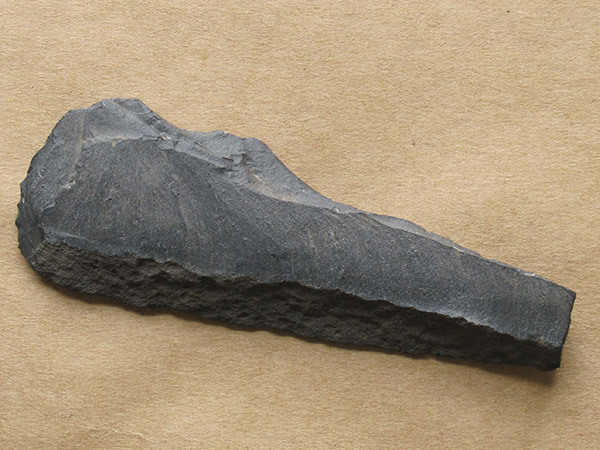 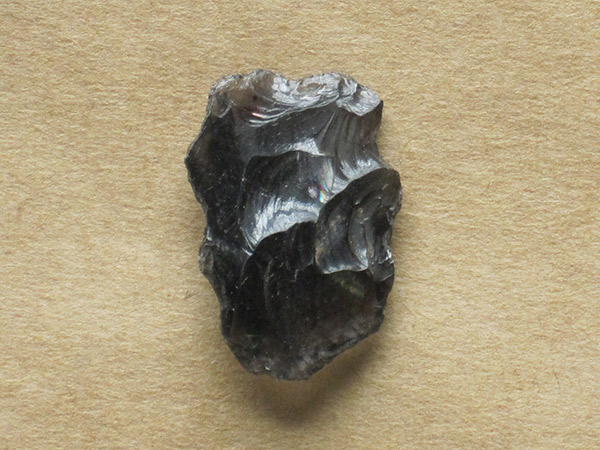 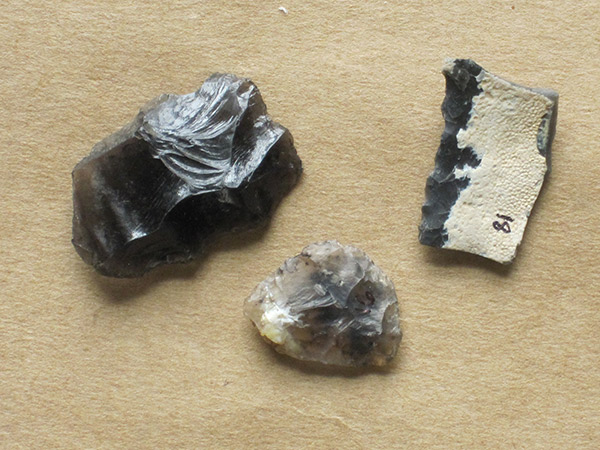 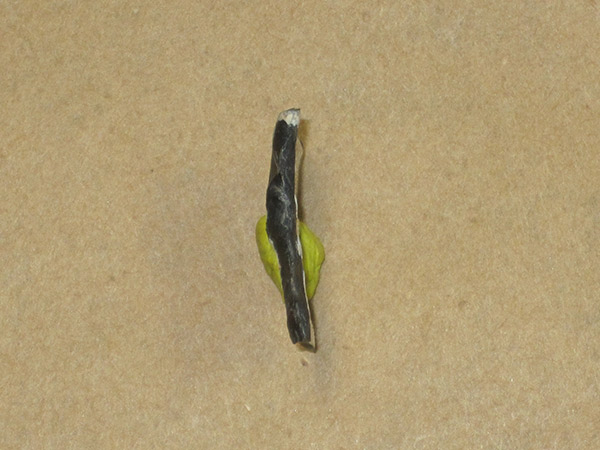 When excavating a site, archaeologists find and collect stone flakes and tools. By examining the number and types of flakes, tools and cores, archaeologist may conclude whether people produced lots of new, formal tools, or whether people simply used the flakes themselves as tools. 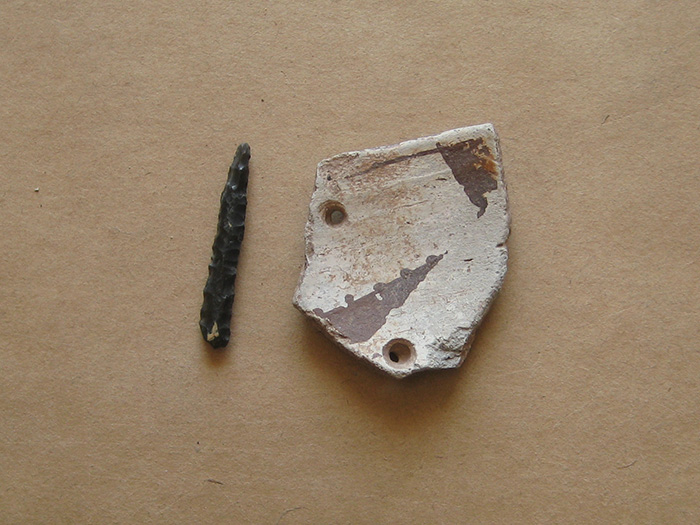 Stone drill and pottery sherd with hole
drilled through it (ARC# 40905).

In 1998, archaeologists examined some 770 flakes and 83 projectile points from the Salado occupation at Ormand Village.  They concluded that the Salado people mostly made tools from flakes and the stone cores. They seemed to prefer quick, simple flake tools to ones that take longer to create. Flakes were used for many purposes like scraping hides and drilling, while the heavy cores were used to chop and hammer. Archaeologists also determined that most of the raw material for chipped and groundstone tools came from the local area. The rest came from within 40 miles of Ormand Village.