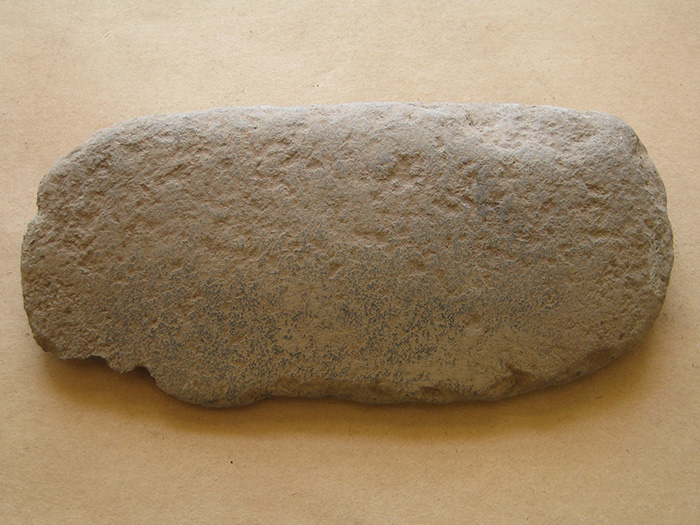 Many people around the world make tools to crush and grind a variety of things including plants and pigments.  These tools are formed by grinding and pecking rough stones into the desired shapes.

The Salado people at Ormand Village frequently used stones to grind corn.  Usually there is a round or oval stone that is held in the hands and ground against a flat bottom stone. In New Mexico, the hand stone is often called a mano and the bottom stone is usually called a metate. Metates can be quite large and heavy and take a lot of time to create. They are usually placed in the floor of a room. Corn was ground on the flat surface and collected in ceramic bowls (or baskets) also placed in the floor.

Very few whole metates were found at Ormand Village.  In 1998, archaeologists concluded from the lack of large, heavy metates, that the Salado people planned to leave their village and were able to take most of their metates with them.  If they had been forced to leave quickly, it’s more likely they would have left them behind. 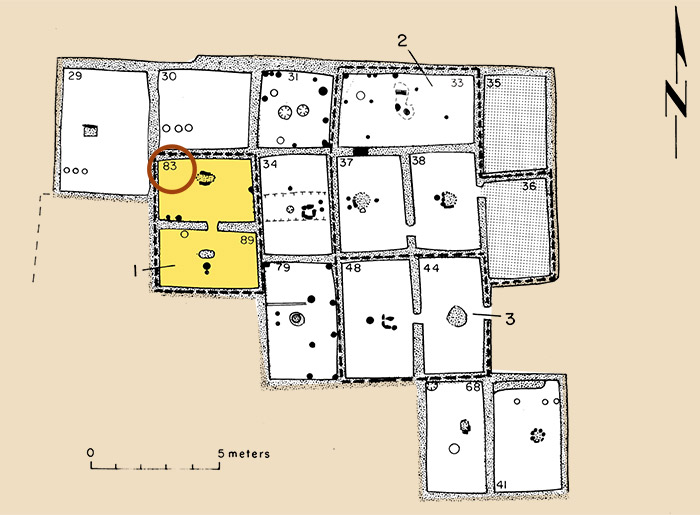 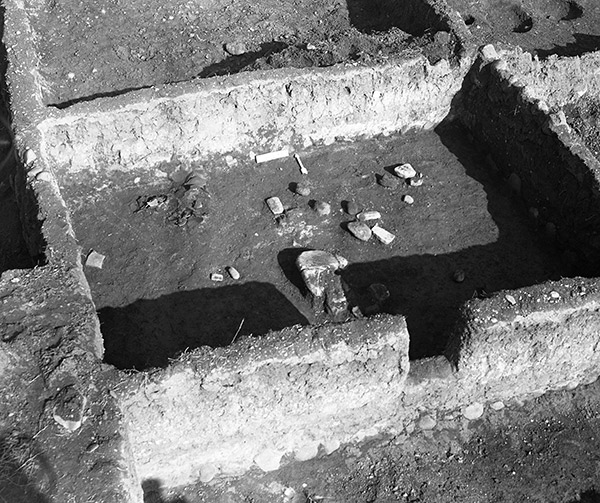 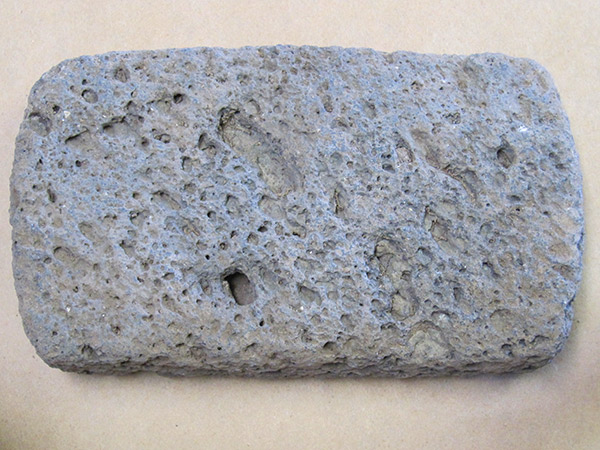 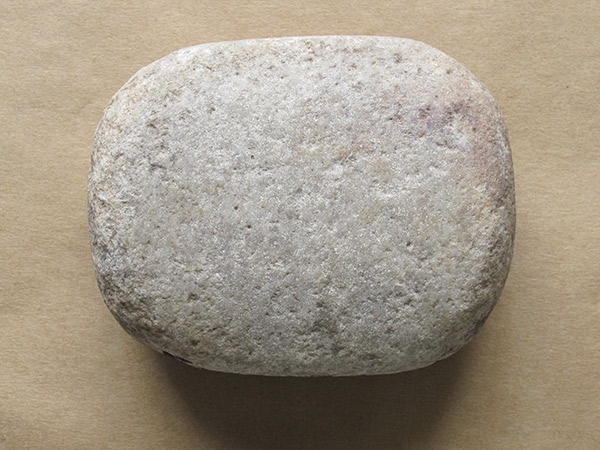 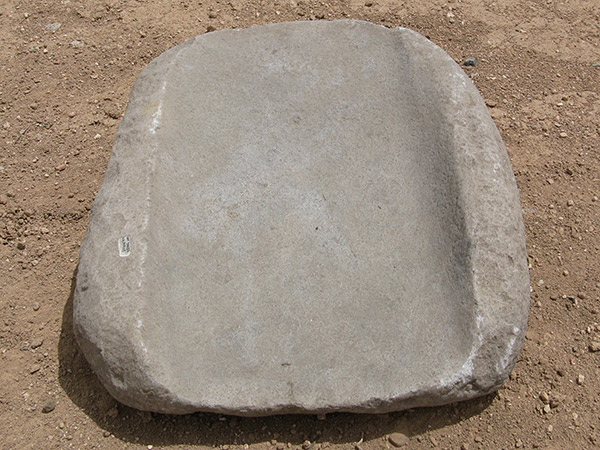 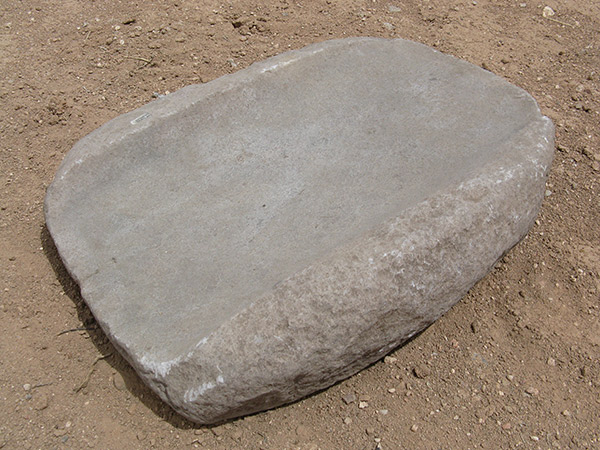